Challenge
Inform members of necessary action after a payment holiday

Since 1846, Nationwide Building Society has put its members first, committed to helping them buy homes and save for the future. But it never had to handle a crisis quite like COVID-19. Find out how Sinch Rich SMS helped Nationwide stay close to and support its members – even in the middle of a pandemic.

“We send around 120 million emails, do around 60 million communications on paper, and with Sinch and other partners, send in the region of 200 million SMS every year,” says Simon Dixon, Demand Manager in Communication Delivery & Logistics at Nationwide.

Nationwide has always been forward-thinking, looking to challenge the status quo and make things better for its members. So although Nationwide had been using SMS from Sinch for a few years, in January 2020, the building society asked what else we could do for them.

“We were keen to evolve the communications journey at Nationwide,” Dixon explains. “We knew that Sinch does a lot more than just send messages, so what else could we do? We wanted to investigate some of the new tech and capabilities we could use moving forward.”

At the time, they had no idea that the desire to do something new would become a critical need so soon.

“Just three months later, we had quite a complex message we needed to send to our members about how we were going to support them through COVID-19.”

When the pandemic hit, millions of people were affected economically. Nationwide gave its members a payment holiday, allowing them to temporarily pause loan and mortgage payments. When that period ended, they also needed to communicate what would happen next and what steps members had to take.

Nationwide had to provide members with all the necessary information, and yet without making them feel overwhelmed. They also needed to communicate in a way that felt personal, reliable, and secure; in a way that also reduced inbound support inquiries at a time when most call center employees were working from home.

“We couldn’t trust solely printed communications during the lockdown,” Dixon says. “We needed the pace of SMS, but the detail of email. And what better way to give a full-but-instant message than with Rich SMS?”

The key goal was to provide a clear, supportive journey for the member while informing them that they needed to act. Not to simply say, “Your payment holiday has expired”, but to be clear and open about the next steps while making members feel taken care of.

“We care, and at times of need, we will be there. That’s what Nationwide is built on. In this already-challenging time, we wanted to offer the best experience possible,” Dixon says.

Sinch presented the perfect solution. With Sinch Rich SMS, Nationwide could send members an instant message with a link to a landing page, complete with collapsible extra information, drop-down buttons, images, calls-to-action, and additional resources. The message explained that the payment holiday was ending and presented members with two options: to continue making payments; or, for those still having a rough time, to request an extension.

From idea to implementation, the whole process took just about five weeks.

“The Sinch team was great, and we had very open lines of communication and support,” Dixon adds. “They were open to quick changes, made accommodations where possible, and really delivered. It was a simple process that gave us confidence.”

And for Nationwide, the response showed that they had hit the ball out of the park.

“Not only did we have a strong member response, but we also had quite a strong internal response as well,” Dixon says. “Now people from other teams come to us and say, ‘Oh, should we use Rich SMS for this?’ The overwhelmingly positive response has helped us build trust internally and externally.”

The most-clicked CTA of the campaign was the button with instructions on how to start making payments again, with nearly 60% of recipients going for that option. Also, 7% of members followed the button to download Nationwide’s app – further strengthening their relationship with the society.

Nationwide is now looking into how they can use Rich SMS more across its business areas – but also into what other technologies they can use to support members and increase engagement.

“It was actually refreshing and fun to do this in an area like service delivery, which can be very routine,” Dixon says. “With Sinch, we can explore all these other great technologies out there, and our department is looking to become this center of excellence, which evolves the use cases of the future. As it turns out, service delivery can be exciting!”

In a short time, Sinch really understood our values and the Nationwide ethos. We have an open, honest, trusted relationship to build upon.
Simon Dixon
Demand Manager in Communication Delivery & Logistics, Nationwide

Virtual HR basics made easy with a real-time chatbot

Personalization for the nation 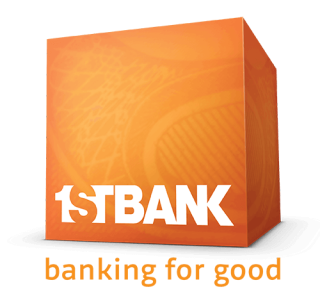 How FirstBank went from financial institution to tech company