Cdiscount started out in 1998 selling CDs at a very competitive price. Since then they have opened a large range of online markets all with the same motto: promote offers to the widest audience possible while building a sustainable and fair European digital economy.

Cdiscount is no stranger to using mobile marketing as a way to reach its 16 million-strong customer base, having used standard SMS for some time. But conversion rates were struggling to hit the mark and needed improving.

Their ‘Négociez vos prix’ or ‘Negotiate your prices’ campaign needed something a little extra to help it gain traction with end-users. As they were targeting 210 thousand customers with this campaign, a strong message with a solid CTA was key in prompting a positive response.

The choice to test out an innovative mobile marketing channel, one that had the potential to send conversion rates soaring was easy – Sinch had exactly what they needed.

A key factor for Cdiscount in their new approach was the need for customers to immediately understand the purpose of any messages sent as part of this campaign. Grabbing attention while conveying a strong message quickly was essential.

Cdiscount wanted to continue using SMS due to the powerful reach it offered, but they recognized that it needed supercharging in some way. Rich messaging via RCS was quickly identified as the clear way forward, with Sinch helping Cdiscount to embed captivating images, CTAs, video, and response chips using the magic of RCS into their campaign, allowing them to bring messages to life right in customers inbox.

Results: Increasing results where it counts

The clear and simple rich messages with dynamic CTAs sent via RCS helped to grab customer attention and got the message behind the ‘Je négocie mes prix’ across in seconds. This RCS campaign showed improved performance when compared to previous campaigns that had used standard text-based SMS to send messages.

Thanks to RCS spicing up their mobile messaging and giving it the extra boost needed to get it noticed and acted on, Cdiscount has seen a 4% increase in revenue and a 9% increase in average basket size.

Cdiscount’s success started with selling CDs at a very competitive price. Since then, and with the support of the Casino Group which invested in the company early on, Cdiscount has opened a large range of online markets such as high-tech, home appliances, interior decoration, gardening, DIY, wine, sport, games, and toys, and automotive all with the same motto: promote access to the widest offer to the greatest number of people, while building a sustainable and fair European digital economy.

Sinch was instrumental in helping us experiment and test our first RCS campaign. We had a dedicated mobile messaging expert to set goals and objectives with us and then a project team to build the scenario and launch it. Once the campaign was complete, analytical data was instantly available to help us compare with historical campaigns this was invaluable.

The impact on this marketing campaign was outstanding - we will definitely be using RCS in the future to enrich other campaigns.
Etienne Barennes
Customer & Loyalty Project Manager, Cdiscount 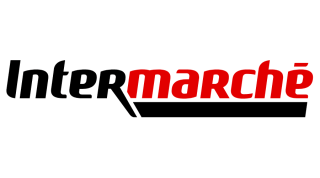 Elevating the retail experience with rich messaging and conversational AI